Every decade has its musical phenomenon. The 1960s had Motown…and Motown had The Supremes. Here, as in other times, culture and social movements were intertwined in compelling and—sometimes—surprising ways. Read Tom’s recent Op Ed piece on the influence of music here.

Tom’s Pop Culture multimedia lectures take you on a trip back to a turbulent time in American history—an era when things were changing and the Music of Motown reigned supreme.  The impact of Motown reached deep into the social fabric of American society—bringing people from all walks of life together in ways never before seen. And the tumult of those times unquestionably helped shape the music of Motown and its artists, the 60s, and beyond.

Motown and the Civil Rights Movement 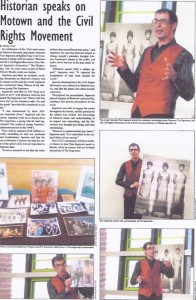 This engaging multimedia presentation traces the development of, and interconnections between, the escalating popularity of Motown and the Civil Rights Movement in the 1960s:

From his perspective as a pop music historian, and with the help of archival video and audio clips, Tom explores these questions—and much more—in this entertaining and educational presentation.

Tom grew up with The Supremes. Don’t misunderstand…Tom wasn’t raised in Detroit’s Brewster Housing Projects. Nor did The Supremes live in tiny Middletown, New York. Their cultural and physical neighborhoods were hundreds of miles and a world apart.

But, in 1964, Diana Ross, Mary Wilson and Florence Ballard—the legendary Supremes—burst into the American musical consciousness just as Tom was becoming aware of the music shimmering from his tiny transistor radio. In no time, we was hooked on the Music of Motown—and that began an obsession that eventually led him to work with some biggest names in music history…including Mary Wilson.

Girl Power takes audiences on a remarkable trip back in time—an engaging stroll into pop music history—to an era when the Music of Motown reigned supreme—and three young African American women from the Detroit housing projects conquered the world. 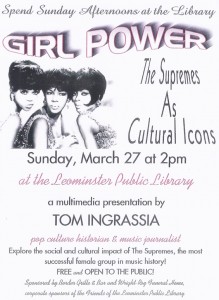 Tom is an avid collector of pop music memorabilia dating to the early ‘60s. His extensive archive of Motown-related materials is suitable for exhibition in museums and galleries.

Memorabilia from Tom’s Collection has been exhibited at:

For information about bringing one of Tom’s programs to your venue, please contact us today. 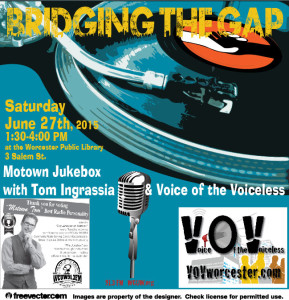 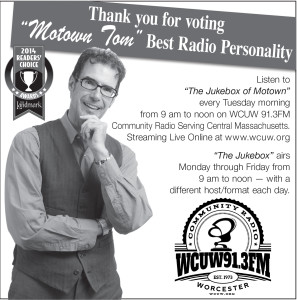